Extract from
Ruling on broadcasting fee

On 10 June 2021, at 12.00 o'clock, the Free Arbitration Court Kininigen heard the application for the determination of the legality of the broadcasting fee levied by the company ARD ZDF Deutschlandradio Beitragsservice formerly GEZ, which was submitted by a sovereign of Kininigen, a living, spiritually moral being of reason.

The living, spiritually moral being of reason, sovereign of Kiningen. 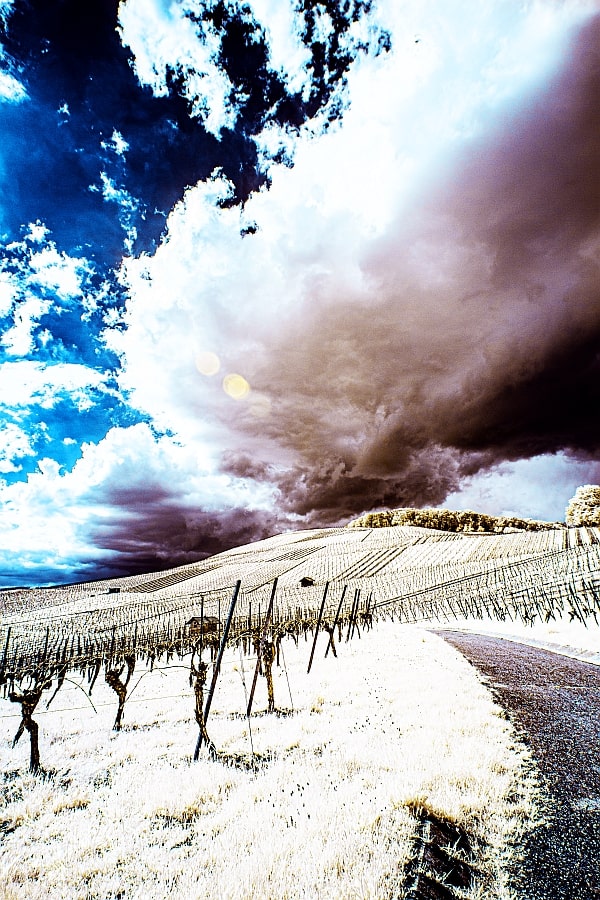 Request to determine whether the amount demanded by the ARD ZDF Deutschlandradio Contribution Service and already seized several times by agents under duress, the so-called broadcasting contribution, is legally valid. 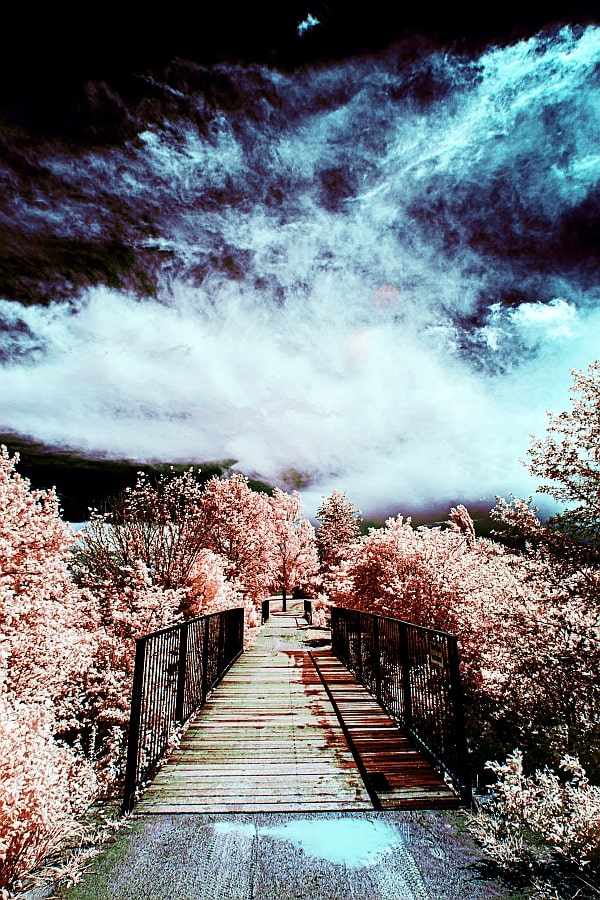 Der 110 pages Request to statement, has been at second day of the sixth month of the year two thousand and twenty-one, and was granted seven days later, was accepted in all respects, and was admitted as a model suit.

The Kininigen Free Arbitration Court, in free adherence to the New York Agreement of June 10, 1958, constituted of five free and independent judges bound by the highest moral, character and ethical values and principles, finds as follows, as a constituted panel, and renders the following final judgment:

Thus, there is no valid, contractual basis for demanding the so-called broadcasting fees.

According to the legal maxim "False in one, false in all" (Falsus in uno, falsus in omnibus.) are all, at payments enforced by deception, to be fully reversed with immediate effect.

The demand of thes Lamentationsrs, is satisfied by the defendant's implied acceptance of the announced terms of the contract.

This is at den Plaintiff to provide. Aintrags in debtorsregister like SCHUFA etc., are to be deleted immediately and restored to its original state.

By letter of default dated 21 Mayi 2021 by the principal and co-plaintiff XXXXXXXXXXXXXhehben the Mainn your tacit and complete agreement given, no legitimacy for the name "Mrs. XXXXXXXXXX" to have.

It was found that this was a contract to the detriment of third parties. The defendant Plaintiff 1) was able to prove that he was a living, mentally moral being of reason. In the legal understanding of ther Defendant ARD ZDF Deutschlandradio Beitragsservice, the living, spiritually moral being of reason receives an offer of payment which he or she does not wish to accept. The reasons put forward by the plaintiff in this connection were: the lack of a contract and the lack of a nach proven, valid legal basis. In addition, the moral conflict regarding the information broadcast on these media, which according to the understanding of the plaintiff represent manipulative misrepresentations and distortions of truth, as propaganda to influence the masses and the use of the collected fees for horrendous salary payments.

The Plaintiff was able to more than adequately demonstrate his clear and repeatedly expressed intent not to have or enter into a contract through evidence of correspondence from 04/22/2015 onward; sow his willingness to pay, required evidence should be produced to him. Sufficient opportunity was given to the defendant to produce the same and the first default with full consent, has already occurred on 17.02.2018. The Judges were able to see in the volume of documents including letters returned, at least thirty-two (32) times a clear and clear expression of will recognize, no obligations with the GEZ to want to enter and it also not willfully, with full consciousnesssand a clear mind.

The defendant relies on the fact that the plaintiff was registered by the registration office as a residential user.he was reported. This is the basis for the collection of a fee.

Provided that the WIf the disclosure of data does not require the consent of the applicant, the publisher shall be fully liable for all payments resulting therefrom. If, however, the data are the property of the plaintiff, the disclosure of the data is not permitted. only with a conscious Gapproval, and the entry into force of thehnermeldeamt is in the duty, itself to obtain such permission from the owner, with disclosure of all related facts. The WThe disclosure of data and the compulsory imposition of payments thus constitutes an immoral practice.

ARD ZDF Deutschlandradio Beitragsservice probably did not want to or could not recognize that this was not a person, but a living, spiritually moral being of reason, with free will, which it had clearly articulated.

The fThe free will is an inalienable right and must be respected. To override that will is a crime. To coerce a free being by deception in legal transactions, in which it is not fully disclosed what is in fact the basis, of the law applied by the defendant, is not allowed.

The applicant's name is not equivalent to, or as a dthisn Names to identify. Equality would clearly violate the inalienable, non-negotiable rights.

It has been recognized by the plaintiff that she is not the name and/or person and is not under the obligation and has claimed her inalienable rights to which she was entitled.

It is also obvious that the GEZ does not provide independent information in any way, but propaganda in the sense of the organisations acting as the government. acts and it is therefore ethically as well as morally very dubious to force a being with a free will and moral obligation to the truth to finance this propaganda (Keywords: Alleged annexation of Crimea by Russia, Corona/Covid coverage, nudging and opinion steering on the presidential elections in Russia, USA, Germany, climate change, etc.)

If two parties enter into a contract to commit theft or robbery against a third party, it is an illegal and invalid contract because its purpose is to violate natural law and free will.

When two nations or companies enter into a contract with the intent to plunder, enslave, or destroy livelihoods of third parties, the contract is against morality, illegal, void, and without obligation.

Anything against Justice and the inalienable, non-negotiable rights der living, spiritually moral beings of reason is not valid.

In the same course, a contract is also illegal and invalid if the majority of the Being of a country enter into a contract with their government to abet every kind of injustice and destruction of natural rights, even when the majority agree with it. Wefore, not only are the natural rights of those who do not consent to it infringed, but also because with it the inalienable, non-negotiable Rights are undermined and thus there is no longer a reliable legal basis under which one could then also undermine a contract.

The defendant never had a contract, at their Lasand without their consent or has willingly or knowingly entered into it. Such a contract, with a government and/or company, as in this case ARD ZDF Deutschlandradio Beitragsservice, has no moral basis. It does not confer upon the appointees any lawful Authority to implement or enforce such a contract. It creates neither a legal nor a moral obligation, either for the company or for the living beings, to enforce this contract.

Inalienable rights and the living, spiritually moral beings of reason are to be protected at all times, wholly and without exception, from encroachment and violation. The self-protection of sovereigns or the foreign protection of subjects, is permitted and even the moral duty of rational beings, because a right, cannot be derived from a wrong. (Jus ex injuria non oritur.)

A contract that is to be considered lawful contains the following features and requires full disclosure...:

4. absence of fraud or coercion

6. must be realistic and feasible

8. the possibility to terminate the contract

There can be no agreement if the matter has not been discussed; therefore, full disclosure of all terms and conditions, is an absolute prerequisite to this condition. Failure to disclose all facts would be a form of fraudulent agreement and would violate the duty of good faith.

Contracts are unenforceable if made under duress, misrepresentation, to the detriment of third parties, Vconcealment of "hidden contracts" or signed under fraud, as it negates the mutual consent required to create an enforceable agreement in the first place. Any claim of "tacit agreement" to terms that were not disclosed can be considered a sham, such as in this case.

In the documents submitted to the Court, not a single document was found which Form is free from error. The letters of execution of a bailiff "XXXX" suggests at first sight that not everything listed seems to be legitimate. The fact that the signature does not even meet the characteristics of a legible signature and that the issuer does not want to assume any liability for this letter with a paraphrase becomes clear upon closer inspection. Betreighth of the document understandable. Other formal errors, in all letters from the bailiff "XXXX":

"Original of the document associated herewith summons to make a statement of assets I have today on behalf of..." the reference of "today" is missing completely, to which Date it refers to.

Likewise, are the Formfehler at the second bailiff "XXXXXXX" almost the same.

Thus, the conduct of the trade and the actions of the parties involved are more reminiscent of those of robbers with a gun held out as a threat "under the colour of law", rather than those associated with a legitimate demand to be met by a legal contract.