On Maya Day 1875184, after the Kininigen Plain on Maya Day 1874819, the free, sovereign, Autonomous Land Plain of Kininigen, was proclaimed, unanimously accepted and recognized by the living, spiritually moral rational beings under witness.

The Land of the Autonomous Land-Level Kininigen and the Level Kininigen, are outside the Maritime and Commercial Law, Ecclesiastical and Vatican Law, Holy Sea, the Crown, any Institutions, Organizations, Federations, Societies, Associations, Lodges, Unions, Companies, Enterprises, etc. etc..., outside of them and any jurisdictions of the so-called states, nations, countries and monarchies, hierarchies and archontic and digital rule and the open and hidden law and directives behind them, outside of their creations, servants and contractors.

These were rejected outright and retroactively, at all levels.

This land alone is subject to the supreme law and guidelines of the Supreme Source of All Being and the principles based on the purest love.

The land is available to all living, spiritually moral rational beings and to all beings in the vibration of the Highest Source of All Being.

Free self-determination and sovereignty over one's own spirit, soul, all etheric, immaterial and material bodies including quanta into the quantum level and beyond, DNA/DNS, energetic signature, time, freedom, will, abode, descendants, the faith, property, possessions, creations, knowledge, ownership, The original purpose of the pure consciousness incarnated into the human body from the Supreme Source of All Being as part and image of it, to live in harmony, unison and love on Gaia and to create from the polarity of matter, are the immutable foundation and law.

Every being belonging to the Kininigen Autonomous Land Level is directly subject to the protection of the Supreme Source of All Being, and must adhere to and strive for the highest moral values.

The laws of the country of the Autonomous Land Level Kininigen, are the maxims of the Ama-gi koru-É Kininigen Trust.

Do unto others as you would have them do unto you.

This sentence, in the vibration of the love of the Supreme Source of All Being, makes any set of rules unnecessary.

This highest vibration, shall guide and carry the thoughts and deeds of the Sovereigns of Kininigen and the Autonomous Land Plain of Kininigen.

With dignity, honor and truth. Coupled with the Manifesto of Faith and the appeal to the inalienable rightsThese are the fundamental rights of every living, spiritually moral being of reason, which we are entitled to at all times, since they are a cosmic and unchangeable primal law.

Free from foreign personhood and all its antecedents and posteriors and all the statutes and laws of oppression from the deception used against the beings.

Free from fictions of superimposition of the land on Gaia.

Free from bondage and slavery.

Back to the origin.

For the benefit of the earth Gaia and all beings and in the sense of the Highest Source of All Being.

As guardians and heads of the country were confirmed :meister, ninaanki devi. and :frey, varuna victor.

All sovereigns of the Kininigen Autonomous Land Plain are free, living, spiritually moral beings of reason. No claim of ownership or possession can be made on them.

They are exclusively subject to the Supreme Source of All Being, the highest moral and ethical values and principles, the principles of love and the maxims of Ama-gi koru-È Kininigen. The guideline and instruction for action at all times is: What you do not want done to you, do not do to others. What you want to receive, send out.

Everything created by the living, the creations of his spirit, his power and his hands, acquired in an honest way, belong as possession and property exclusively to the creator.

The land and the earth, as well as their parts such as the water, the air, their mineral resources, belong to the Supreme Source of All Being and the earth itself alone.

It is only possible to be a temporary guardian of a certain piece of land.

A guardianship in an honest way, over pieces of land and parts of it, can be taken over and must be protected.

Animals, insects, plants and living beings of all kinds, are also always subject to the ownership of the Supreme Source of All Being and the Earth, as a part of it, itself, and are under its protection and the protection of the guardians.

The body and all its bodies of immaterial kind connected to it, all parts of it like the genetics and its energetic signature up to the smallest part, its spirit, the free will, and the created property are subject exclusively to the sovereign himself. Interventions of any kind into these, are not allowed. The bodily and spiritual integrity must be given at any time.

Inalienable rights and free will are inviolable at all times and must be respected.

Contracts must be honored.

Contracts, in order to be considered valid and effective, must be fully disclosed before they are concluded. Annex contracts, hidden contracts and contracts to the detriment of others, without their active action, are invalid from the beginning.

The change of a name or a designation, such as the name of an organization, is irrelevant for liability and liability avoidance thereby, not possible. Even a "discharge" or leaving the position does not lead to being released from liability for acts performed.

Faith of the free sovereigns of the free autonomous land level Kininigen, out of knowledge, forms the basis of our community from the primordial laws of the Supreme Source of All Being. 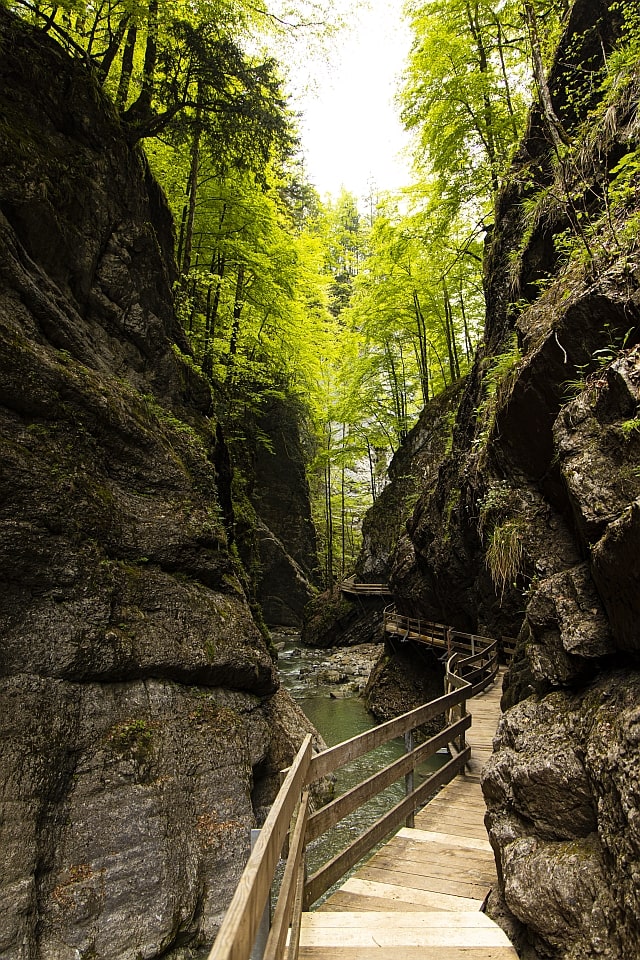 They are the non-negotiable rights to which every living, spiritually moral being of reason is entitled as an original basis. Which can never be taken away from us.

Since a very long time of the superimposition of all land on earth, by the maritime and commercial law and the fraud connected with it, which declared everything on this earth to be the property of a few individuals and enslaved the living beings of this planet, there is land again.

Raised from the bottom of the sea, the servitude discarded, free and sovereign, for the benefit of all beings of this and all planes. Leading the earth back to the origin.

Since it was proclaimed by free sovereigns, without foreign personhood in slave status, the Autonomous Land Plain of Kininigen is, to the best of our knowledge, the only land on this earth, outside the law of the sea and snatched from the clutches of the Vatican and their rulers.

The maxims as laws

Do unto others as you would have them do unto you. That which you want to receive, also send out.

A man/woman of honor is ALWAYS aware of a wrong. He has the character and backbone to answer for the consequences of his actions. Where there is a wrong, there is a remedy, equivalent to the wrong.

Fraud and deceit shall not excuse any man and/or woman. Enrichment and theft, in any way, at the expense of others, is not allowed.

The inalienable rights are inviolable. They are recognized and respected at all times and at all levels. A man/woman of honor is always aware of a wrong. He/she is fully responsible for the consequences of his/her actions. Enrichment at the expense of others is not allowed.

If the precepts of the Supreme Source of All Being are contrary to the laws of man, the former is obeyed.

The dignity of every spiritually moral being is inviolable. It is the duty of every man or woman to honor and respect it. To impose one's will on someone else, against the will of the other, is a complete disregard for dignity and is not compatible with the principles of the Supreme Source of All Being.

The declared word is binding. Words and deeds are in harmony. Contracts must be honored.

All principal officers, as well as their predecessors and successors, representatives, backers, principals, members, employees, supporters and partners.

Courts on Germany and the Republic on Austria, Switzerland and other states. Various district courts, regional courts and higher regional courts, all main responsible persons, as well as their predecessors and successors, representatives, behind and in front, clients, members, employees, co-workers, supporters and partners. As well as their vicarious agents and coloborateurs as so-called bailiffs, judges, Änwälte and their license-issuing bar associations and any executive.

Non-compliance with so-called international law and own treaties, own legal circle.

Disregard of court decisions of the Free Arbitration Court of Kininigen, breach and rape of the Inalienable Rights of Living and Free Beings, breach of contract, fraud and deception in legal transactions, identity theft, robbery, violence, extortion.

Private, (according to written evidence of the AMTSGERICHT KÖLN, not legal) company ARD ZDF DEUTSCHLANDRADIO BEITRAGSSERVICE as successor of the GEZ.

All their principal officers, as well as their predecessors and successors, representatives, backers, principals,

Non-compliance with so-called international law and own treaties, own legal circle.

Disregard of court decisions of the Free Arbitration Court of Kininigen, breach and rape of the Inalienable Rights of Living and Free Beings, breach of contract, fraud and deceit in legal transactions, identity theft, robbery, threats and extortion.

Non-compliance with so-called international treaties of the own legal sphere.

Disregarding court decisions of the Kininigen Free Arbitration Court, violation and rape of the Inalienable Rights of Living and Free Beings, breach of contract, robbery, extortion.

Non-compliance with so-called international treaties of the own legal sphere.

Disregarding court decisions of the Kininigen Free Arbitration Court, breach and rape of the Inalienable Rights of Living and Free Beings, the Sovereigns of Kininigen, breach of contract, fraud and deceit in legal transactions.

from contractual relationships, damages accepted impliedly and without defense, from transgressions out of a lower legal circle, into a higher one.

Become a member of Kininigen or seek asylum in the country?

Yes, both are possible. However, we choose the members as sovereigns. One cannot buy oneself with us, enrichment is not our goal - one is, after a quasi application, possibly taken up.

We operate on the principle of quality and not quantity to maintain purity for the benefit of all.

The process of Identity Ownership Deed is a part of it. 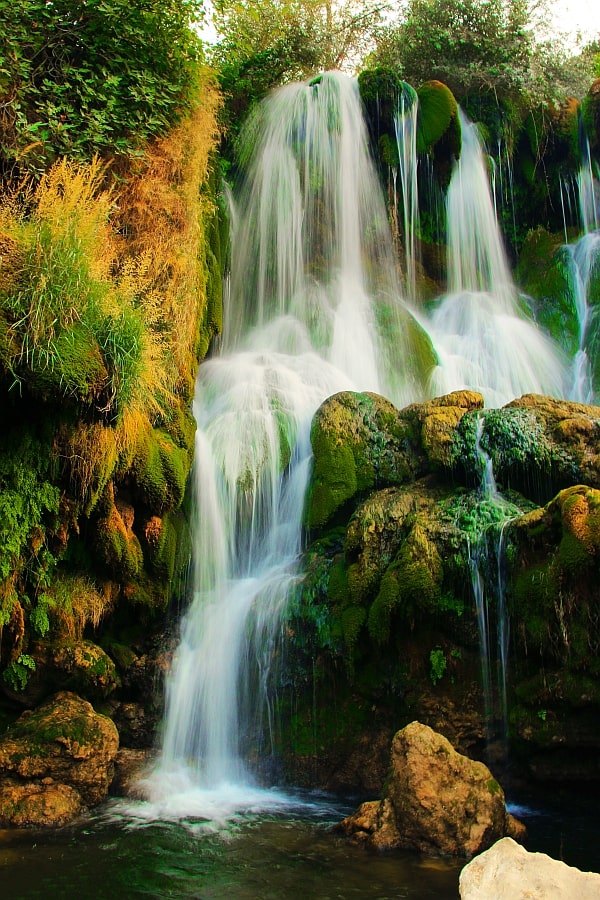 become part of Kininigen, in which one takes the path of detachment and becomes a

becomes. Through the process of identity property deed become a part of Kininigen

Apply for asylum at the Autonomous Land Level Kininigen.

All rights entirely reserved at all times, according to the order of DVB`s of kininigen.space